Why polarized sunglasses are more comfortable than ordinary sunglasses, and the light is softer 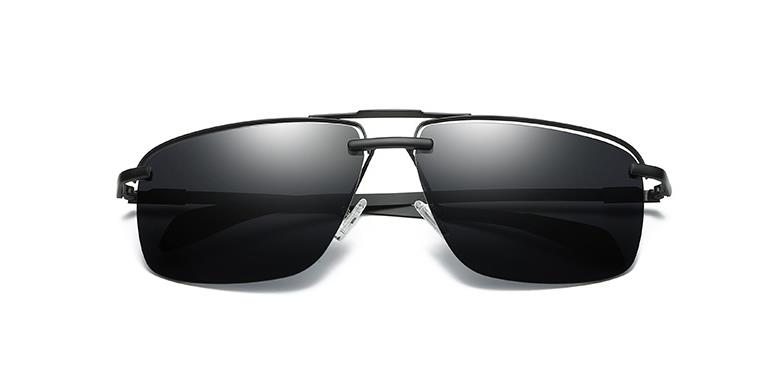 Sunglasses' polarizing function blocks glare from the sun and protects the eyes from UV rays. All thanks to the metal powder filter installation, which combs the messy light into the correct light when the light is shining, so that the light entering the eye becomes softer.

Polarized sunglasses selectively absorb the local band that makes up the sun's rays because it relies on very fine metal powders (iron, copper, nickel, etc.). In fact, when light hits the lens, the light is diminished based on the so-called "destructive intervention" process. That is to say, when light of certain wavelengths (herein referred to as ultraviolet light a, ultraviolet light b, and sometimes infrared light) passes through the lens, they cancel each other in the direction of the inner side of the lens, that is, toward the eye. The mutual stacking of light waves is not an occasional phenomenon: the peaks of a wave are combined with the waves of the waves that are close to them, causing each other to cancel each other out. The destructive intervention depends on the refractive index of the lens (ie the level at which the light deviates from the air through different substances) and also depends on the thickness of the lens.

Generally, the thickness of the lens does not change much, and the refractive index of the lens varies depending on the chemical composition.

Polarized sunglasses provide another mechanism for maintaining the eyes. The reflected light of the asphalt road is a special polarized light. This difference between the reflected light and the light directly from the sun or any artificial light source is due to the order problem. Polarized light is composed of waves that are all vibrating in one direction, while ordinary light is formed by waves that are not directed to vibrate. It is like a group of people who walk around in an orderly manner and a group of soldiers who march at the same pace, forming a distinct confrontation. Generally speaking, reflected light is an orderly light. Polarized lenses are particularly effective at blocking such light, as its filterability is at work. This type of lens only allows polarized waves that vibrate in a certain direction to pass, just like "lighting up" the light. With regard to road reflection problems, the use of polarized sunglasses can reduce the transmission of light, because it does not allow light waves that vibrate in parallel with the road to pass. In fact, the long molecules of the filter layer are directed to the extent that they absorb the polarized light. In this way, most of the reflected light is eliminated, and the overall illumination of the surrounding polarized sunglasses environment is not reduced.

Finally, the lenses of polarized sunglasses can darken after the sun's rays are shining. When the lighting weakened, it re-emerged. This is possible because the crystal of silver halide is active. Under normal conditions, it keeps the lens in full transparency. Under the illumination of the sun, the silver in the crystal does not leave, and the free silver forms a small aggregate inside the lens. These small silver aggregates are in the form of criss-crossing irregular blocks that are incapable of transmitting light and only absorbing light, which results in darkening of the lens. In the dark state, the crystals are reconstituted, and the lens returns to the bright state.