Interview With BEESIDE: Is He The Godfather Of Glasses Or The Old Urchin? 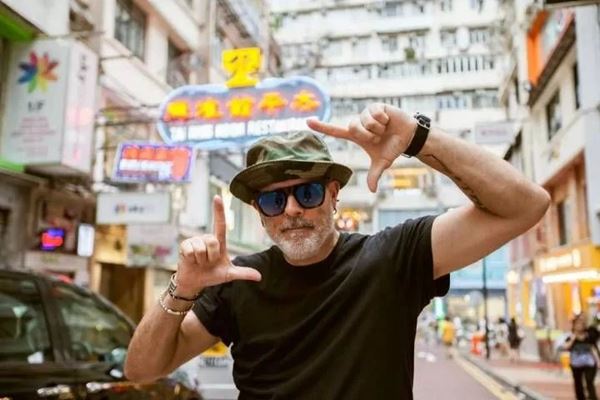 Perhaps the title of "Father of the Spectacles" is somewhat ingrained. Before I saw TommyO'gara, I always thought that it would be a serious interview with the former Dita Creative Director.

In fact, in the 30 years of Japanese residence, conservative culture has not affected it too much. The casual attitude of the West Coast of the United States makes TommyO’gara look more like an “old urchin”. No over-dressing, a simple black NEIGHBOURHOODT-shirt plus visvimVintage dark blue overalls, low-key and natural.

After the ThomBrowne and visvim eyewear collections created by the Dita Eyewear team, TommyO’gara pioneered TheLightCompany Ltd., which is truly his own, and found NEIGHBOURHOOD, the leader of the NEIGHBOURHOOD, to create the popular NativeSons. "When the ideas are different, I will choose to stick to my own ideas. TheLightCompanyLtd. Like my children, the business philosophy behind them is entirely from me. We are a small team, and I want to continue on a small scale. Put more energy on the product."

"You see people doing glasses to make money, I just want to be a culture."

After that, TommyO’gara brought the classic JuliusTartOptical back to the public, but there was a young struggle under the uncle's appearance. "You see people doing glasses to make money. I just want to be a culture. Too many people imitate what we do, and they still earn more than me. If it is because of money, I should be busy dealing with copyright issues now, no. I am chatting with you, so I am very satisfied with the moment."

"About ShadyCharacter's publicity, we didn't shoot any model Lookbook, just looking for the cartoonist AaronLang to design a relative comic character for each pair of glasses, including what songs they listen to, what movies they watch, what they like to eat, are specific. In terms of design, we still want to keep the classics, such as this ARNIE, the enamel rivets and the American Keyhole nose on the classic Wellington frame. This is also the JamesDeanEyewearCollection style that was co-operated with JamesDeanFoundation. JamesDean's daily and regular glasses are the prototypes, but we also brought ALPHA and MECHANIC glasses with new 'DNA'. Finally, TommyO'gara finally received LindaRaeTepper and Steven Abrams. Reply and reach a consensus.

For the plan that follows, TommyO’gara said: “After the trip, I have to go back to Japan for a while, ShadyCharacter's new design and production is still waiting for me, it is worth looking forward to.”